In which CEH Media Relations Manager Dr Barnaby Smith examines how CEH is using social media, and makes a prediction for the future.

Some years ago I was a young academic balancing the competing demands of fieldwork commitments, paper and report writing and grant applications, with the occasional carrot thrown my way in the form of a trip to a conference. At said conference I would share the results of my labours to a usually small, possibly uninterested, audience, who, if I was lucky, asked a couple of relevant questions in the few minutes at the end before everyone headed for the bar.

In 2012 things are different...a young postdoc student winds up their social media accounts, slaps their data and preprints in the institutional repository, and networks their outputs across the web with people they've never met from countries all over the world. Their research is discussed openly by a wide range of audiences and can attract media coverage and interest from policy makers prior to the peer-review publication. Once it makes its way to the pages of the journal the expectation, at least from 1 April 2013 in the UK, is that the paper will be open access for all to read for free. 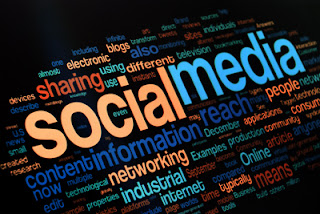 In ten years we've moved from what could be described as a static, linear, 'closed' system to one that embraces dialogue, proactive and reactive engagement, and an openness to communicate all aspects of the work. There have been many ups and downs during the transition but the science community has, in the main, decided to embrace the rapid changes to how the rest of the world operates, and make the best of them.

Over the last few years CEH scientists have been playing catch up with these new ways of operation. Corporately, we launched our first twitter account just over two years ago (@CEHScienceNews) and supplemented it in 2011 with @CEHPaperAlerts, which is a dedicated feed publishing links to our peer-reviewed paper outlets. The CEHScienceNews blog was launched in January of this year, and CEH also has a presence on flickr, facebook and youtube.

Importantly, however, individual scientists from CEH have also jumped into the social media world.  @UKLadybirds, aka Dr Helen Roy, leads the way on twitter but around 20 CEH staff and students are now regularly tweeting about their activities, with many more participating on a more infrequent basis. A recent convert is Professor Alan Jenkins, Science Director of our Water Programme. Various projects involving CEH are using twitter and facebook to communicate their work. Examples include the Scottish Freshwater Group and the Predatory Bird Monitoring Scheme. Our scientists have participated in "live reporting" from scientific conferences (becoming the norm, whether speakers like it or not). This development is having an interesting range of impacts on long-held relationships between scientists, publishers and scientific journals, testing the ‘Ingelfinger’ rule to its limits.

The world is changing rapidly and, at CEH, we are changing with it. One could hope that life will go back to the old days, when one could present your latest work at a conference and be confident that it would go no further than the 50 people in the room, at least until you published the Nature paper two years later. This is almost certainly unrealistic. Instead we need to work out how best to use the new ways to our advantage, making sure that the science, the science community and those that pay for and use the results derive maximum benefit.

Scientists have different views on whether the new ways of doing things are good or bad but, unless the Christmas episode of Dr Who is reality rather than fiction, I'm pretty sure we won't be going back in time. Open discussion of our research, in real time, is here to stay.

This is our final blog of 2012. Thank you for reading and Happy Christmas. We'll be back early in 2013 with more news from behind the scenes at CEH.