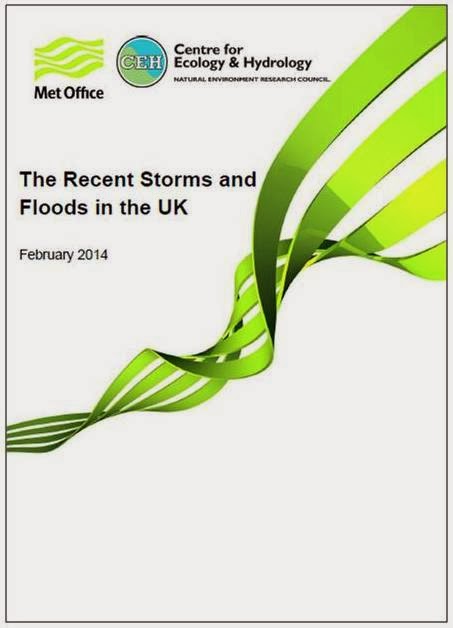 This morning the Met Office and the Centre for Ecology & Hydrology released a report on the recent storms and floods in the UK.

You can read the full report here, and a short summary of the hydrological analysis on our website here.

The report documents the recent record-breaking weather and flooding episode, and discusses whether climate change contributed to the severity of the weather and its impacts. Climatology, meteorology and hydrology are covered in the report.

In this blog post we highlight some of the hydrological conclusions that came from analysis of the long-term datasets held at CEH and our long history of research into floods.

With regard to the record-breaking nature of the flooding the report makes the following points:


With regard to whether climate change has been a contributing factor to the current flooding the report states:


Much more detail can be found in the full report. More information about the report's conclusions is available on the Met Office website here.

Journalists can call our Press Office if more information is needed on the hydrological conclusions.

Rainfall, UK floods and the potential impacts of climate change? - blog from 6 January 2014

NB: the Met Office updated the report on 11 February to give a more detailed assessment of sea level rise
Posted by CEH News Team at Sunday, February 09, 2014