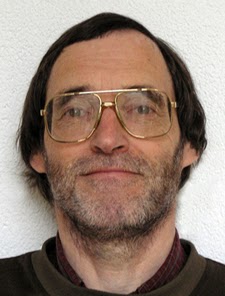 As many of our regular readers will know, the UK hydrological summary is a monthly update from scientists within the Centre for Ecology & Hydrology working with colleagues from the British Geological Survey. Every month, under the National Hydrological Monitoring Programme, they collate, quality check and analyse various data with regard to river flows, reservoirs and groundwater, placing them in historical context and identifying hydrological trends. The team produces regular updates and occasional reports into events such as the summer floods of 2007 and the recent 2010-2012 drought to flood transformation.

For several decades, a mainstay of the NHMP has been our own Terry Marsh, leader of the programme since 1982. This month, March 2015, is Terry's last before retirement so it is fitting that he authored the summary issued this month (analysing water resources in February 2015), bringing the total he has authored to an incredible 286. This "special souvenir edition" contains a tribute to Terry from his colleagues.

So, download the latest summary (PDF) and, after taking in the assessment of the UK's hydrological conditions, browse to page 3 for a tribute to Terry Marsh, the eloquent voice of UK hydrological reporting over the last three decades. As Terry is always one for a turn of phrase, it is certainly an appropriately written tribute. Although as colleagues note, it’s perhaps ironic that Terry signs off with a month notable for its normality!

Hydrological Summaries of the UK